Alternote is a note-taking app for Mac which focuses on writing experience. This is the reason why it’s rather convenient for making notes and collecting information. There are lots of similar apps, including Evernote — so why do we have to choose Alternote? Perhaps, the reason enough is that it is «made in Ukraine». We talked to Oleksandr Rakovets, Alternote’s co-founder, about process of creating apps and user’s attitude to Ukrainian startups.

—Oleksandr, tell us where has the whole story started: what did you and your team do before creating Alternote?

The magic world of internet projects caught me before I turned 18. We gathered a team to build an educational startup in 2009, which turned into a web studio — when we found ourselves in need of money to continue the project development. In 2011 I moved to Maxymiser as a PM to gain experience of a «real job» and to work with colleagues from London and Edinburgh.

Afterwards I worked at OWOX – the great company from Dnipropetrovsk which managed to build their entire business at the Ukrainian market and expands it world-wide now. You definitely should check out their solutions for customer analytics at owox.com.

At both companies my job tasks straitened my interests. As a project manager I missed access to codebase, as a developer – to mailing lists with interesting discussions about producst and business decisions. Only own project could allow me to combine all desired roles and grow expertise in each of them. 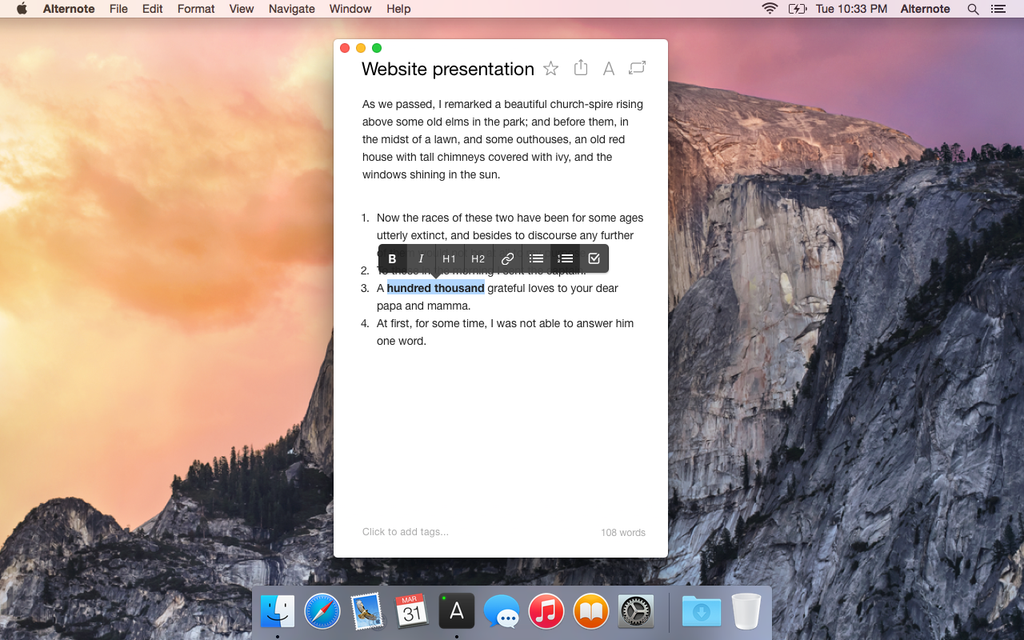 —So you’ve decided to create something own and very special. How did this idea come up, about creating Mac app for notes?

The idea of creating Alternote came from my own need, basically. My friend and I have tried most of mainstream note-taking apps and found none of them proper-looking for our tasks. Evernote was the closest match in terms of sync between devices, but they grew a huge feature base built for corporate clients. And this makes their interface looking like a nightmare for users who need just to write some stuff down.

One day my friend found Evernote API and said: «I wish a nice app for Evernote existed!» And I thought: «Why wouldn’t I create one?»

—What is the main peculiarity of your product?

Alternote’s unique selling point is the simple clear app’s interface which strives to distract you from writing as less as possible. We detoxed all Evernote ecosystem features (like chat and reminders) and returned text to “king’s throne”.

—Who are the main users and buyers of Alternote’s services?

People like me, they are geeks of some kind (and they mostly work in IT, media or work as writers, teachers etc.) — they work with notes and want to have the perfect experience with them. Alternote started from the Mac OS platform (as its audience mostly uses Macs), and now it follows user’s demand on different platforms. 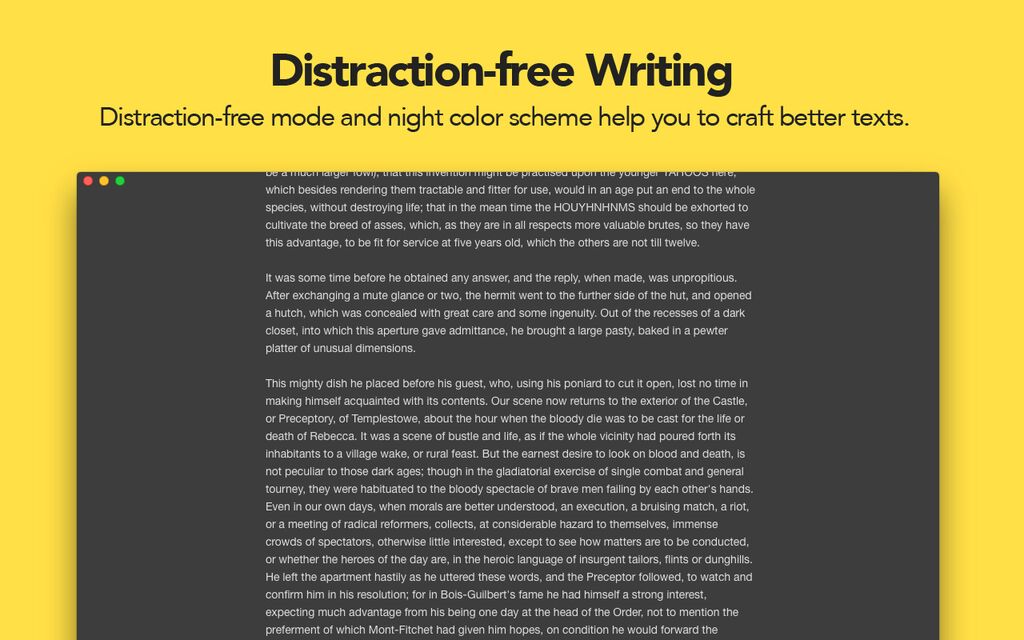 —What kind of monetization or business model do you use?

It is an indie-development project now. All income goes from users buying the app. I am looking for possible options which can be purchased in-app or by subscription. Though Evernote already sells one – it won’t be comfortable for a customer to be charged twice a month for the same service.

—Did you make any promo or PR campaign for Alternote?

I let people download time-limited beta versions in exchange for their emails before launching on Mac App Store . Blogs reviewing Mac apps quickly found it, and “word-of-mouth” worked in a significant way. Also somebody submitted Alternote to Product Hunt which had the most concentrated target audience. It was earlier than I expected – my goal was to convert them into paying customers, not beta downloaders. Nevertheless it was the noticeable traffic spike for us.

Several rounds of beta testing helped me not only to gain organic press coverage and website optimization, but to figure out many cases from real users. I could not imagine such a possibility without it. And it helped me to polish the app to a nice quality level.

—What kind of updates do you have in the nearest future?

The most long-awaited update is support for shared and business notebooks which are crucial for a bunch of users, but was not included in the first version. Then iOS app will be released, and the full Markdown syntax support will be presented. The latter feature is fully driven by demand from our customers, as I’ve never used Markdown myself. But huge part of the audience likes it and uses on daily basis.

—As a team of Ukrainian origin did you notice some changes in attitude to you or your startup after «Revolution of Dignity» in Ukraine?

I started talking to people a lot after the annexation of Crimea as well as when ATO at Eastern Ukraine started. Many users from Europe, especially from our neighbour countries, asked if we were OK, whether we feel any threat or danger here, and expressed their favor. Russian customers did not mention the war, while being glad they could get Russian-speaking support.

—Maybe you can give some guidance for startups which want to succeed at foreign market?

The first advice – the most obvious for me – is to learn English as early as possible. I’ve heard there are ideas to make English an obligatory exam to graduate from any school or university – this will help Ukrainians a lot. 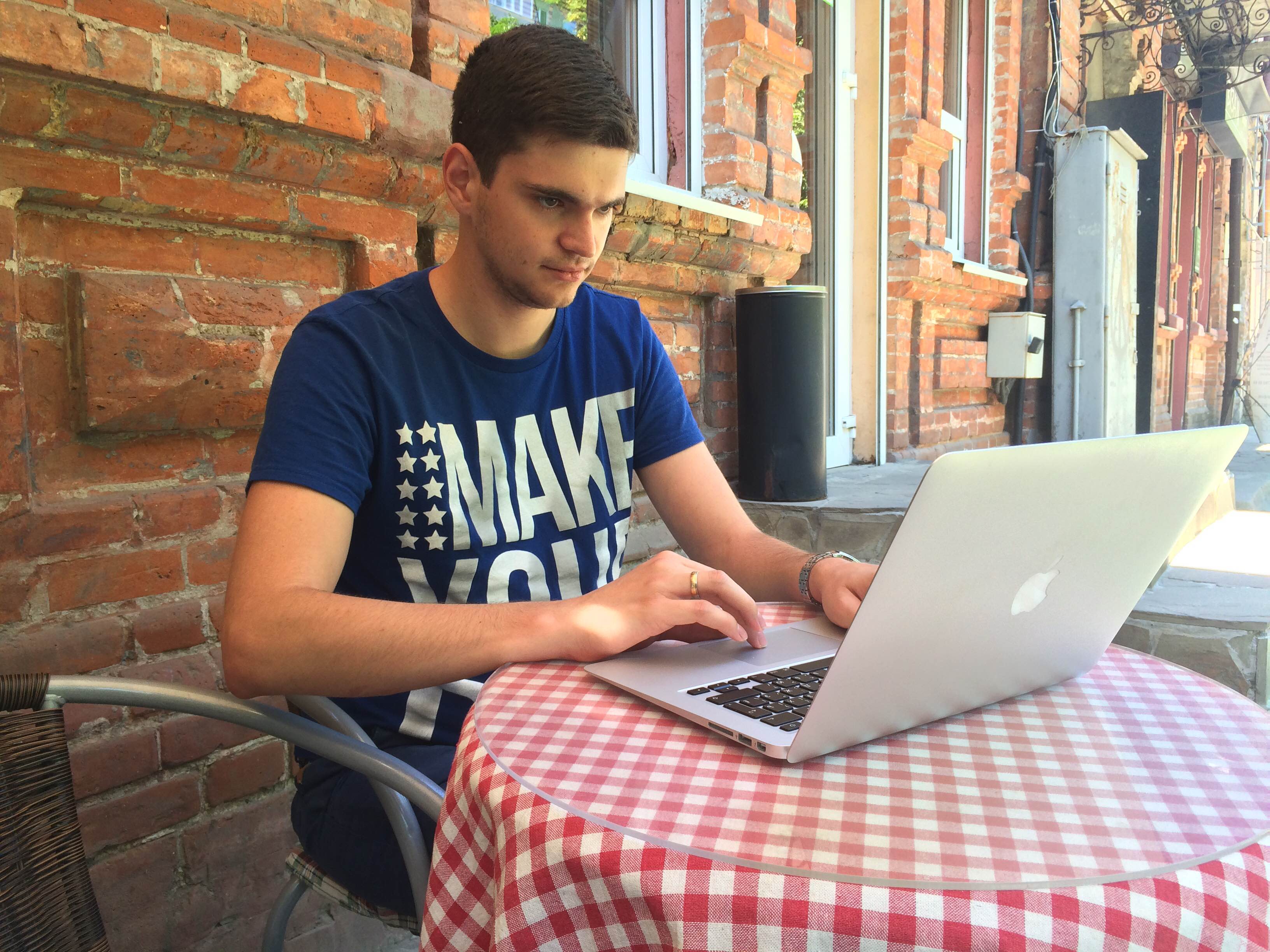 Second, don’t be afraid to ask for help. It’s a common thing to help in foreign business. I was surprised when a developer from Australia jumped on a Skype-call to help me to overcome some SDK problem just because he knew how to overcome it, without any counter-requests.

And third, you should learn to set and meet deadlines, particularly your own ones, which leads to understanding work with priorities. This is my weak point now, I can see already how to improve Alternote when I get better with some priorities, and I am struggling to achieve it.