How Lokalise Made Translations For Apps a Piece-Of-Cake

If you’re a developer and have no service fitting you – then create your own; that’s what Lokali.se developers did. This story is not about looking for investments for a startup or for app promotion for umpteenth users. It’s about peculiarities of making a service for developers; as well as about plans and their implementation through platform for translations named Lokalise. 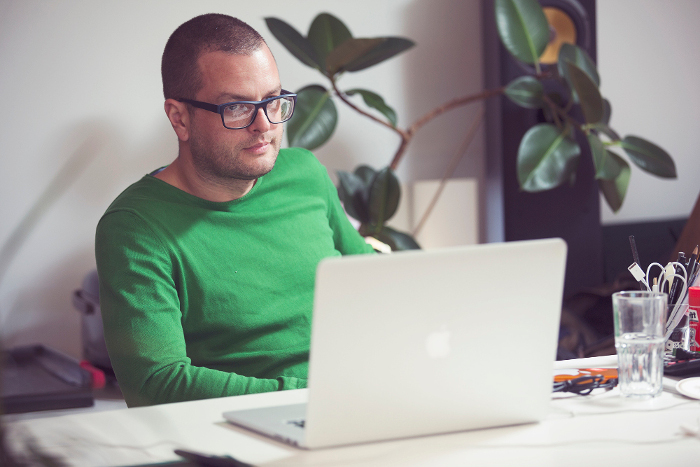 From Roamer to Lokalise

Two and a half years ago IT-entrepreneurs Nick Ustinov (Inbox.lv) and Petr Antropov (Odnoklassniki.ru, MEGOGO) created an app for low-cost calls named Roamer. In a short period it got British investments; it still works today with over 1 mln downloaded copies. As far as this service was meant for global use, its developers decided to translate it into 8 languages. However, none of the available platforms for translations fitted requirements and expectations of the developers’ team. “One of the platforms had complicated interface, the other one lacked certain functions, and some were overloaded with them. Translators, in their turn, complained about overloaded interfaces. In addition, absence of handling API was crucial for us, and none of the platforms suggested it. Plus, unreasonably high prices were a huge factor: we’ve calculated maintaining costs, and it was at least 200 USD/month,” — says Nick Ustinov.

“We’ve tested 6 different services and decided to reject them all. Instead we’ve decided to code our own internal software.”

Creating and testing their own app made it possible for the developers to introduce constant amendments and improvements there. But in this case translators turned to be unadaptable to work in admin control panels. “In Ukraine, as well as in other ex-USSR countries, translators get used to Word, where they can easily calculate symbols and perform translation right in a received file via text editor. In this case translated files are to be transferred manually into the project. It’s inconvenient”, — said CEO Lokalise. Roamer developers decided to change it — and this was how a mission of a new translation platform Lokalise was born, and later it developed in a separate business model.

Lokalise is a freemium web-service for translating and managing translations of mobile apps, games or websites. This software allows to work simultaneously on the project without any limitations. It can be done via this app by one developer as well as and entire team. This project can be useful for startups and services working on foreign markets.

Unlike similar apps, Lokalise synchronizes translations in different languages, exports and imports files before and after each translation so that you don’t lose anything, and helps avoiding line “breaks” due to wrong processing made by translators etc. Lokalise also allows combining key words for various platforms (e.g. phrases in iOS and Android apps). A Multilanguage edit mode is a unique option of this service, when all languages are available simultaneously on one single screen. You can also use this app to translate into one or several languages out of 72 available. Currently the Lokalise developers team up with a large international translation agency network, working with IT. About 300 projects use this software — Depositphotos, Plag, PlayerFm and DigitalChalk are among them.

In February 2015 Lokalise team converted the app into an open source. The platform was deeply targeted on startups and projects, aiming to cover foreign markets and translate interfaces for their pilot projects into other languages. In spite of free-of-charge use advantages, Ustinov and Antropov launched “order a translation” option, aiming to gain profits.

“For the initial few weeks we received many comments and then fixed bugs or added options which were requested. For example, we’ve expanded a line of formats where to work. It is one of great advantages and peculiarities when you create an app for the developers like you. On the one hand, they use the same language to communicate with you, and you don’t get mad when a person tries to understand what “string” or “metadata” means, but on the other hand – while communicating with developers you should move quickly, as far as “the customer” knows how long it will take you and won’t wait”, – says Nick.

About 600 projects registered on the platform during the first stage; but almost none of them ordered translation into other languages. The service turned to be non-top one.  Major commands were adapted mainly into English, which they knew themselves as a rule.  However, there was an awkward situation, when translations into Hindi and Korean were required. Three months later Lokalise has completely refocused on serving developers’ needs, giving up on selling translation services (however, 6 months later this option was resumed after extreme number of requests). During the first 3 months the developers found out what should be added as well as updated admin control panel and introduced pre-paid packages.

However, the latter update is considered to be a key milestone. As Nick Ustinov says: “We’ve improved admin control panel expressly for translators to make it easy for them to translate via tablet or a smartphone, not PC only, when you have to get home or in office to make a translation”. That’s why a new version of Lokali.se was released in autumn 2015, where considered requirements of the translators were added. Complete history of translations, supported TMX-files and many others were introduced as wellIn order to make interface completely comprehensible and ease of access a team chat. Now startup offers new transparent rates. “We’ve decided to separate a notion of a “startup”, “agency” and “enterprise” as each has various requirements and financial conditions based on scope and certain peculiarities”, — emphasizes Lokalise CEO.

Developers represent a specific audience. One should remember this while establishing sales department. “You can hire a powerful salesman, but you’ll fail in case of his weak embedment into the development world. You need a person on the same page with you. Awareness of life hacks and business hooks in not enough. And we have faced this problem. It’s hard to find a person seriously engaged into the developers’ world, who is satisfied with sales process”, — remarks Nick. — “In fact, a support department should as well become a sales department”.

According to Ustinov, it’s necessary to understand the tools used by developers to reach the service and make a purchase, but it’s hard to predict what exactly works. “Pop-ups can sell, but we intentionally rejected them. First of all, we don’t know whether this works for us — and to find it out we need an empirical testing, which means larger expenses. Besides, we don’t want annoy our users by using banners.”

Notes and comments on niche forums, articles on targeted websites, direct ads are basic tools for announcing projects; but even this can fail. “In the case of Lokalise it’s hard to define explicit ways – we use recommendations, users reach us from Quora, Habrahabr, DOU.UA etc.” – specifies Nick.

Rate-fixing currency is also a cornerstone. It’s obvious that many customers like prices in UAH or RUB, but on the other hand, their projects are localized abroad, to gain profits in USD or EURO. So it’s important to remember about target audience – whether it’s a local developers’ community or members of the global market. Developers created a unified pricing rate for both foreign and Ukrainian companies inn case of Lokalise. However, the price may be adjusted. As they’ve seen, the price should not be hurtful even in response to sharp currency fluctuations. That is why “startup” for 15 EURO is the most popular package in Localise.

Your project will be serviced free-of-charge, if you provide a project with an open source code, no matter of what level and scope it is. 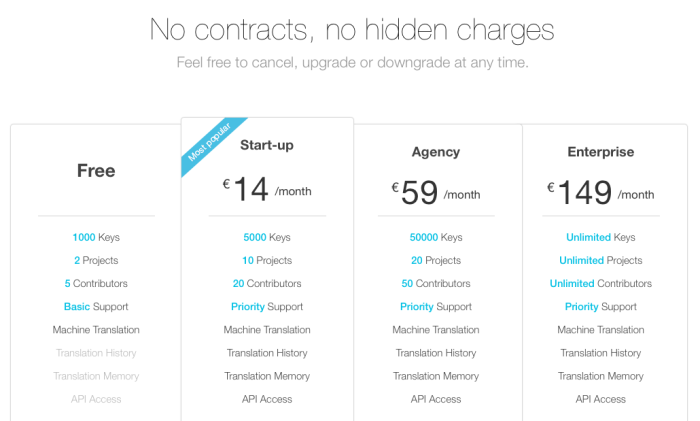 Some tips from Lokalise cofounder

Messy interface is often a result of a desire to keep in with everybody’s results. That’s why one should define the project’s core and its terms. The next vital thing is to respond to feedback and letters – their purpose is to make the service better, not to destroy you. Besides, you should clearly make up your principal functions, says Lokalise cofounder. “Some people like chats, others are mad cause of them. Still others ardently need integration with Slack. You should also provide RTL-languages, API control, reserve storage and file recovery as well as edited metadata etc.,” — specifies Ustinov additional Lokalise services. And interface with admin control panel should be clear and simple as if your project is used by people, who know nothing about strings and formats.