10 world-famous Ukrainians in science and tech

What do you exactly know about Ukrainian scientists? Student Melaniya Podolyak who now studies abroad says it’s rather difficult to explain to foreign co-eds and friends that Ukraine and its scientists is a bright example of tech success, though they are thought to be a part of “Russian” or “post-USSR” culture and science.

«Some time ago, the topic of the Paris Air Show came up while I was hanging out with two American friends of mine. One of them takes particular interest in technology, engineering, and the like, so I asked him if he had yet seen the newest Ukrainian military plane AN-178, manufactured by “Antonov”. “Ukrainian? Isn’t  “Antonov” a Russian company?” I can’t say that his answer struck me as odd – I mean, being a Ukrainian among foreigners means these thing will occasionally happen — but getting rid of the nasty USSR legacy is tough» — says Malanka in her blog where she decided to make a list of scientists of Ukrainian origin. She remarks that there is no need to say things like “George Gamow was Ukrainian, and that’s final“, because technically it’s not right — he and many others (like Levchin from PayPal) were citizens of the Soviet Union born into Ukrainian families, later emigrated to the USA. Yet there are names which are worth mentioning, she adds.

We in our editorial team liked her list of scientists and we decided to show it to our readers — there are names which are not well-known not just abroad but in Ukraine itself as well. 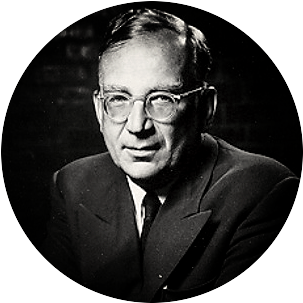 Gamow was a theoretical physicist and cosmologist — most notably, an early advocate and developer of Lemaître’s Big Bang theory. He discovered a theoretical explanation of alpha decay via quantum tunneling and worked on radioactive decay of the atomic nucleus, star formation, stellar nucleosynthesis, Big Bang nucleosynthesis, and molecular genetics. Some of his books are still in print more than half a century after their original publication and have become classic, yet ever-relevant introductions to the fundamental principles of mathematics and science. In his middle and late career, Gamow focused more on teaching, and became well known as an author of popular books on science, including One Two Three … Infinity, and the Mr. Tompkins … series of books. As an educator, Gamow recognized and emphasized fundamental principles that were unlikely to become obsolete, even as the pace of science and technology accelerated. He also conveyed a sense of excitement with the revolution in physics and other scientific topics of interest for the common reader. 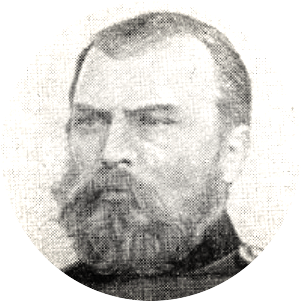 Pirotsky was a Ukrainian engineer and the inventor of the world’s first railway electrification system and electric tram. In early 1880, he modified a double-decker, horse-driven tramway to be powered by electricity instead of horses, and on September 3rd of the same year, thisform of public transport began to be used by residents of Saint Petersburg. Pirotsky’s experiments with the electric tram continued until the end of September, 1880. Some historians claim that this was the first electric tram in the world. Sadly, Pirotsky did not have the money to continue his experiments, and because the commercialization of his inventions in Russia was relatively slow, Pirotsky arranged a meeting with Carl Heinrich von Siemens, who was very interested in his ideas. As a result of their meeting, Siemens eventually introduced the first regular electric tram line into the public transportation system of Berlin (Berlin Straßenbahn). 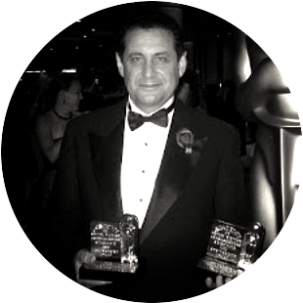 In 2006, he was awarded two Oscars in the Scientific and Engineering Award category: one was awarded “for the concept and development of the Russian Arm gyro-stabilized camera crane and the Flight Head remote camera“; the other “for the concept and development of the Cascade series of motion picture cranes“. He explained that the machine known as the Russian Arm is actually called Autorobot, and was given the nickname as a joke in the early nineties when Americans in Hollywood joked that “the Russian Arm is back in America again”. His company, Filmotechnic helped film such major Hollywood pictures as Titanic, War of the Worlds, and Casanova, as well as many Russian blockbusters and Ukrainian films. Other films include The Italian Job, Ocean’s Twelve, King Arthur, Transformers, Iron Man 2, and a plethora of other huge box office hits. 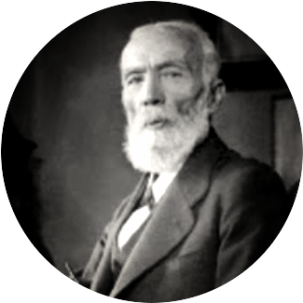 Ivan Puluj was a Ukrainian physicist and inventor who has been championed as an early developer of the use of X-rays for medical imaging. His contributions were largely neglected until the end of the 20th century. Puluj did substantial research into cathode rays, publishing several papers on the topic between 1880 and 1882. As a result of experiments into what he called “cold light”, Puluj developed the Puluj lamp, which was mass-produced for some time. This device was also a kind of primitive X-ray tube, but it was not until Wilhelm Röntgen discovered the X-rays and published his findings that Puluj recognized the potential of his own device. He published his results in a scientific paper, titled Luminous Electrical Matter and the Fourth State of Matter in the Notes of the Austrian Imperial Academy of Sciences (1880 — 1883), but expressed his ideas in an obscure manner using obsolete terminology. Puluj did eventually gain some recognition when the work was translated into English and published as a book by the Royal Society in the UK. 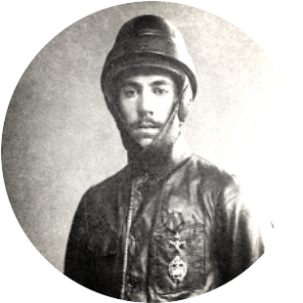 Sikorsky was a Ukrainian-American aviation pioneer in both helicopters and fixed-wing aircraft. He designed and flew the world’s first multi-engine fixed-wing aircraft in 1913, and the first airliner, Ilya Muromets, in 1914. In 1939, Sikorsky designed and flew the Vought-Sikorsky VS-300, the first viable American helicopter, which pioneered the rotor configuration used by most helicopters today. Sikorsky modified the design and created the Sikorsky R-4, which became the world’s first mass-produced helicopter in 1942. Additionally, after immigrating to the United States in 1919, Sikorsky founded the Sikorsky Aircraft Corporation in 1923 and developed the first of Pan American Airways’ ocean-conquering flying boat airliners in the 1930s.

Kondratyuk was a Ukrainian and Soviet engineer and mathematician, a pioneer of astronautics and spaceflight, and a theoretician and visionary who, in the early 20th century, developed the first known Lunar Orbit Rendezvous (LOR) – a key concept for landing and return spaceflight from Earth to the Moon. The LOR was later used for the plotting of the first actual human spaceflight to the Moon. Kondratyuk made his scientific discoveries in circumstances of war and repeated persecution from authorities — that’s why he used a stolen identity by which he became known to the scientific community. 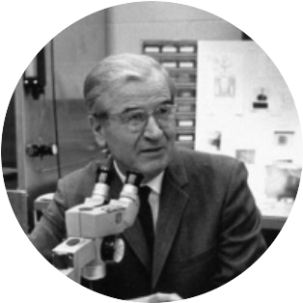 Smakula was a Ukrainian physicist known for his invention of anti-reflective lens coatings based on optical interference. After finishing his studies at the Ternopil gymnasium he applied to the Georg-August University of Göttingen, Germany, from which he graduated in 1927. After his short stay at Odessa University, Smakula returned to Germany to be the head of an optics laboratory in Heidelberg. From 1934 he worked at the Carl Zeiss AG company in Jena. While at Zeiss in 1935, Smakula invented and patented optical anti-reflective coatings­ – a significant advance in optical technology. After the end of World War II, Smakula moved to the United States with several other physicists, where he first worked in the state of Virginia investigating materials for infrared technology. In 1951, he was offered a professorship at MIT. 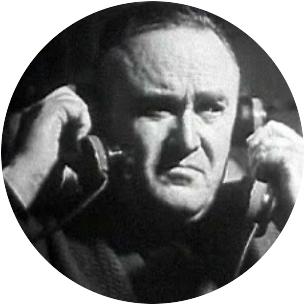 Korolyov was the lead Soviet rocket engineer and spacecraft designer in the Space Race between the United States and the Soviet Union during the 1950s and 1960s. He is considered by many to be the father of practical astronautics. Although Korolyov was trained as an aircraft designer, his greatest strengths proved to be in design integration, organization, and strategic planning. Arrested for alleged mismanagement of funds (he spent the money on a couple of unsuccessful experiments concerning rocket devices), he was imprisoned in 1938 for almost six years, and, during this time, spent several months in a Kolyma labour camp. Following his release, he became a recognized rocket designer and a key figure in the development of the Soviet ICBM program. He was then appointed to lead the Soviet space program, overseeing the Sputnik and Vostok space projects that included launching Yuri Gagarin into orbit on April 12th, 1961. 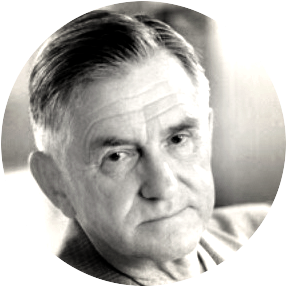 Oleg Antonov was a prominent Ukrainian aircraft designer of Russian descent and the first chief of “Antonov” — a world-famous Ukrainian state-owned commercial aircraft company. He was personally responsible for designing a number of very successful Soviet airplanes (such as the Antonov An-12) and gliders for both civilian and military use. In the eighties, Antonov Design Bureau designed the Antonov An-225 Mriya (NATO reporting name: “Cossack”) — a strategic airlift cargo aircraft. The An-225’s name, Mriya (Мрiя) means “Dream” (Inspiration) in Ukrainian. It is powered by six turbofan engines and is the longest and heaviest airplane ever built, with a maximum takeoff weight of 640 tonnes. It also has the largest wingspan of any aircraft in operational service. The first and only An-225 was completed in 1988, and it holds the absolute world record for airlifting a single-item payload of 189,980 kilograms (418,834 pounds) and a total payload of 253,820 kilograms (559,577 pounds). It also once transported a payload of 247,000 kilograms (545,000 pounds) on a commercial flight. 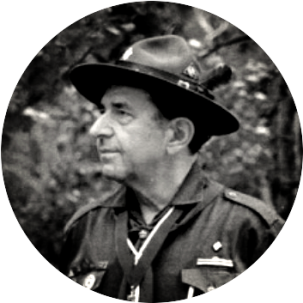 Romankiw is an IBM Fellow and a leading researcher of IBM ‘s Thomas J. Watson Research Center. He is co-inventor (along with David Thompson) of the process of creating inductive and magnetoresistive random-access memory for preserving information,which enabled the creation and development of magnetic hard drives and personal computers. Romankiw earned his B.S. from the University of Alberta in 1957, and both M.S. and Ph.D. degrees (in metallurgy and materials) from the Massachusetts Institute of Technology in 1962. He is listed as an (co)inventor on over 65 U.S. patents, 150 papers, and has edited ten volumes of various technical symposia. He is active in various organizations, most notably serving as the Nachalniy Plastun (or Chief Scout) of the Plast — the Ukrainian Scouting Organization.